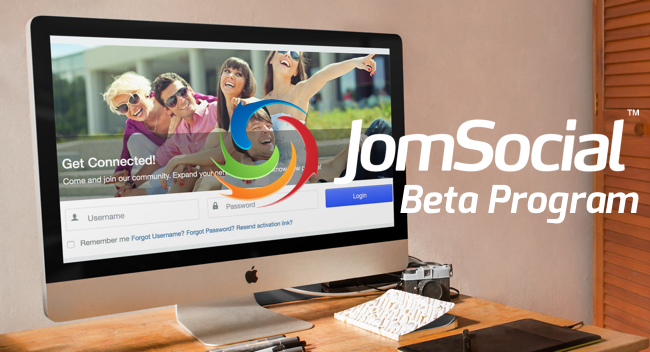 I am happy to announce today’s release of the JomSocial 4.2 Beta!

Joomla 3.5 has also (finally!) been released, and we are thrilled to report that JomSocial 4.2 is one of the first extensions that officially supports it.

If you want to start using JomSocial 4.2 Beta 1 right away, apply to be a tester on our beta site. If you're accepted, we'll notify you by email.

Please note that only users with active licenses can download the beta. If you participated in earlier beta programs but your subscription expired, you will be able to access the beta site and forums, where you can test JomSocial 4.2, but you won’t be able to download it.

Who should apply to be a beta tester?

If you’re any of the following, you should apply to be a beta tester. We want to know what you think, and you’ll get a sneak peek at all the new features coming in JomSocial 4.2.

Why should you be a beta tester?

Beta testing JomSocial 4.2 will do more than show you what’s coming in in the next version of JomSocial.

You’ll also be able to make sure that that JomSocial works perfectly with your community. You’ll be able to test the templates or extensions you're developing. And you’ll get to influence the development of this version.

We really do value your feedback so as a beta tester, your voice will be heard.

You should be aware, though, that this version does not support Joomla 2.5. You can read more about this here.

Only approved beta testers with an active license can download the beta version.

As the bug reports start coming in, we’ll start fixing them and release more beta versions to the testers. Once we have a version that has very few known bugs, we will release an RC1 (Release Candidate 1). We're hoping we won't have too many RCs and will be able to release a stable version for you shortly after RC1.