JomSocial Is Ready For Joomla 4 And PHP 7 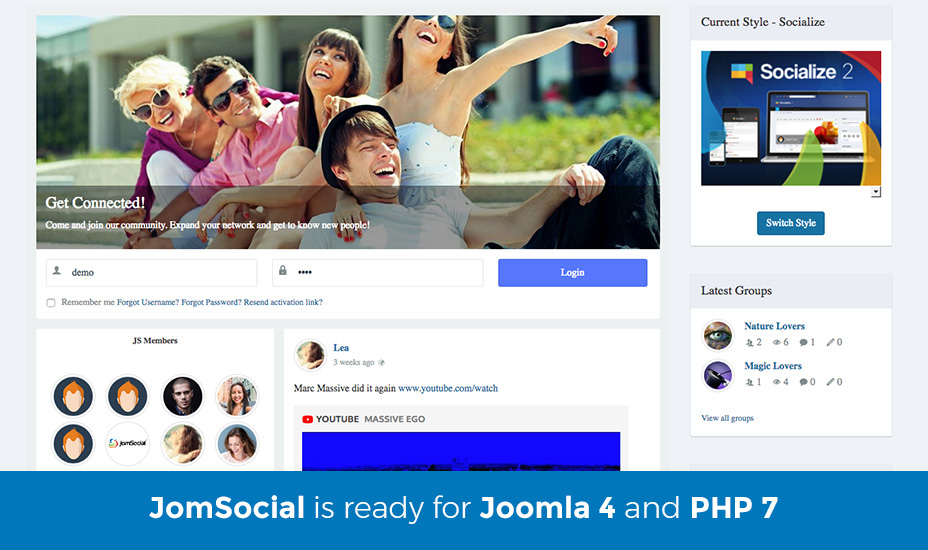 Joomla! 4 Alpha 2 is available for testing but it comes with the hidden catch. You need to have PHP 7 running on the web server in order to install it.

PHP 7 is the minimum system requirement for Joomla! 4 website every server will have to comply with sooner rather than later.

Is My Hosting Ready? 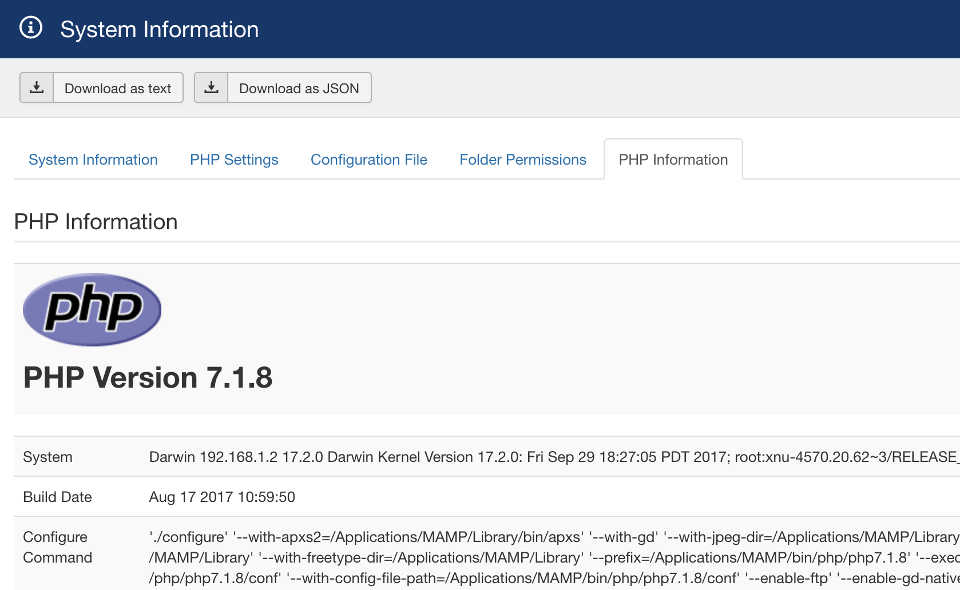 If first number is anything other than 7, then your server is not ready for Joomla! 4.
In that case, contact your hosting provider immediately.

In almost decade long history, we tried to keep up with latest Joomla! standards and web technologies as soon as they were becoming available. That said, JomSocial offered immediate support for PHP 7 back in February 2016 (PHP 7 was released in December 2015.) and ever since then all subsequent releases of JomSocial were supporting PHP 7.

What Are The Benefits?

I don’t claim to know every single advantage of PHP 7 but i can definitely vouch for page loading times, memory usage and overall speed improvements. We tested JomSocial 4.5 with Joomla 4.0 Alpha 2 on PHP 7 against the same setup on variants of Joomla 3.8 and PHP 5. The results were nothing short than impressive.

In specific cases, PHP 7 tripled page loading times and consumed up to 60% less memory to complete given tasks.

PHP 7 inheritably makes your site more secure, faster and awesome, while from developers perspective it brings a complete new world to play in.

I can’t even comprehend how many times JomSocial developers came up with a wonderful idea or improvement to implement in the core, but given feature or functionality was not working on PHP 5.3 which was minimum Joomla! 3 requirement and in turn, had to be rejected.

After the stable release of Joomla! 4, this will become the thing of the past so new cutting edge code standards and functionalities will find the way into JomSocial way faster.

Are You Ready For The Future?

Joomla! 4 is scheduled to be released in 2018. Will you stay with Joomla 3 as long as possible or will you flip the switch and upgrade? We’d like to hear your thoughts. Share them in the comments below.