The JomSocial 4.1 Beta 1 has been out for about ten days, and has gone down very well. We’ve only received a few bug reports so we‘re confident enough in its stability to go straight to a Release Candidate (RC) version.

The beta test announcement outlined all the goodies you can expect to see in JomSocial 4.1. This is just some of them: 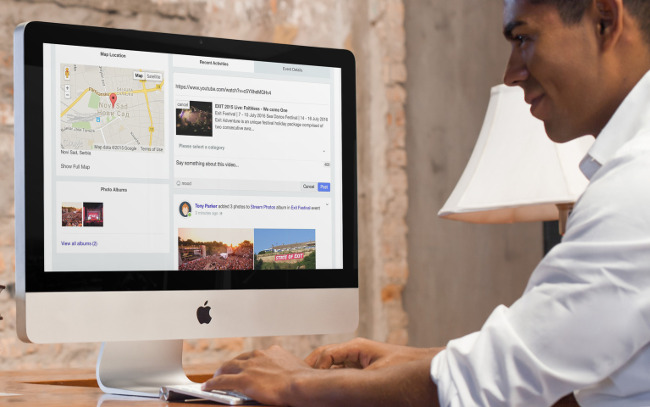 Any user with an active license can download this RC. You do not need access to the beta site so go ahead and grab your copy of the world’s number one social networking extension for Joomla. Just download the latest package from your account. It will contain this RC.

Can I Install This Version On My Live Site?

You could install this version on any site but a release candidate is still a testing version. We don’t recommend that you install it on your production site yet. There may be bugs that haven’t been spotted, and while we will try to fix them quickly, we can’t provide support.

You Will Need To Reconfigure Modules And Apps

Because we remade all the modules and applications from scratch, the installer will automatically remove and replace some of them. You will need to configure those modules and apps again. Read the list of all extension changes in our documentation. 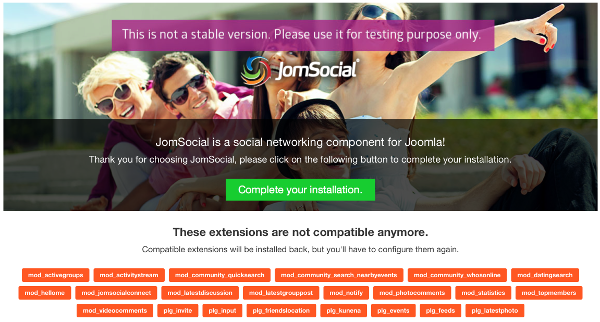 As the beta release went so smoothly with just a handful of reported bugs, we're hoping to be able to release a stable version for you shortly after RC1.

If your license is expired, you can renew it with the discounted prices here: