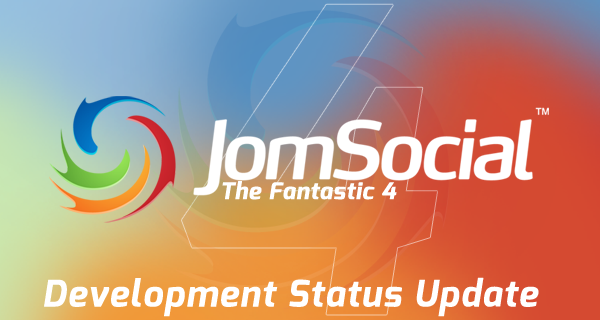 It’s been a while since I gave you an update regarding JomSocial 4.0. I thought you’d like to know how we’re getting on.

The JomSocial team has been super busy over the past six months. We wanted to re-design JomSocial completely from the ground up. Obviously, that was massively ambitious considering the size of JomSocial. But we’ve been getting there, one page and one feature at a time.

Every single page now has a new, improved and modern look.

Once we started the re-design, it became clear that we couldn’t leave some of the more outdated features in place. They required a major overhaul as well as a new look. For example, photos on the stream used to open in a different page. They now open in a modal window just like on Facebook. Photo albums and videos can also be set to open in the same way. It’s faster, cooler and bang up to date.

If you have a pro license, you also get an amazing new feature: Theme Designer.

Moods are just fun in a box. You’ll be able to edit the moods we created for you, re-order them, hide them or add your own. We had so much fun testing and experimenting with them. 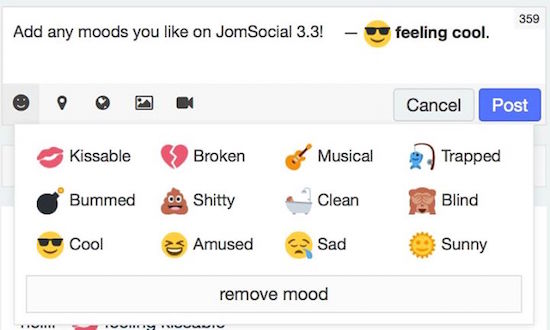 And here’s a bunch of famous internet memes: 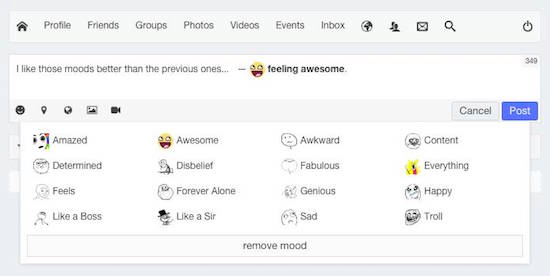 Memes with cats… just kidding. Cats already own the Internet.

You can now control the color of every element on your site from the Share Box to the buttons, toolbar and more.

So if your social networking site is about a sports team, you’ll be able to give it the team colors. Gay community sites can streak rainbows in the toolbar, main menu and anywhere else they want to show their pride. Biker communities can show black and chrome. It’s a breeze. 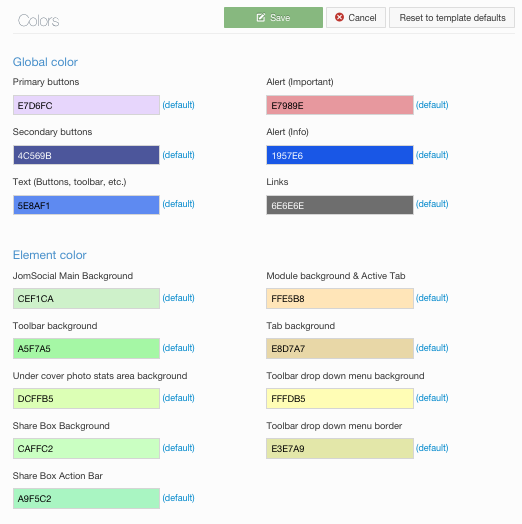 The new badges feature lets you reward your most active community members. That will motivate them to come back and keep the community active. You can add your own badge images and set the number of points that pin different badges on the profile. 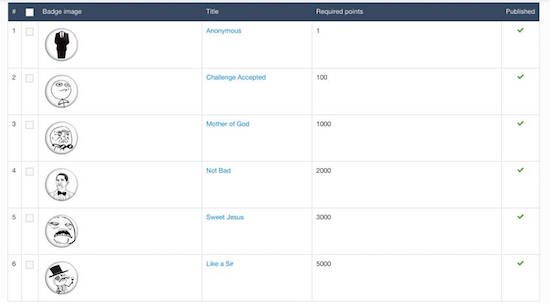 My favorite feature on Theme Designer is the ability to place select profile information on the member’s cover photo. So a business networking could show the member’s title, company and URL. A dating site, could display age, gender and location. A biker’s site? The make and model of their ride. Very cool. 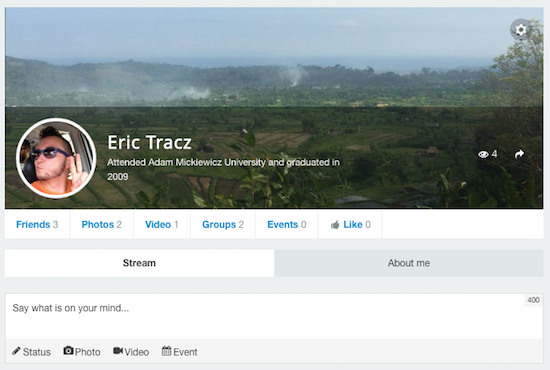 Hashtags have been a big request. Now your members can add hashtags and others can click on them to see all the posts that carry the tag. It’s an easy way to keep track of a conversation.

A status update with hashtags:

While we were testing, we found quite a few usability issues, especially in groups so we’ve improved things there too. We also replaced the outdated Group header with a new header that looks like the group’s home page. It has a shorter version of the cover but keeps all the links. That header stays on all the group’s pages to show members where they are. 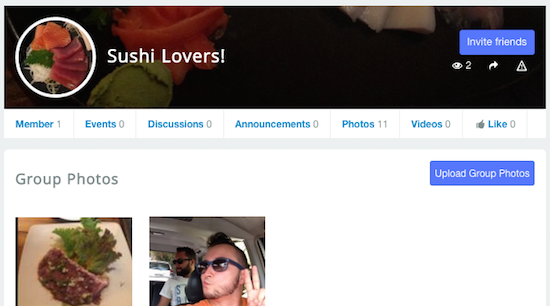 Re-designing also meant optimising our CSS. JomSocial has been around since 2008, so that’s six years of development and old CSS files that were large and not optimised. The new 4.0 version will have a super-light CSS that’s easy to maintain and make your pages load faster.

So when will JomSocial 4.0 will be released?

We are now seeing the end of the development, I estimate that within two to three weeks we will have an alpha and then we will start testing. That might take a while because of the massive changes so hopefully after another two or three weeks of bug fixing, we’ll be ready to move to a beta. I’ll let you know as soon as that happens.

Thank you for your patience!

As always, I am very appreciative of your patience while we take JomSocial to a whole new level of functionality and design. My promise to you is that you won’t be disappointed! Please bear with us a bit longer while we wrap this release up and bring you the best social networking application for Joomla and beyond!

Visit our community to see JomSocial 4 Alpha in action!

Please leave them below.