Automating Our Testing Process With Webdriver

Earlier this year I told you about our plan to automate our testing using Webdriver. The aim was to be able to run hundreds of tests with just one click. It's been quite an undertaking — but it was worth it. After a lot of coding and too much coffee, we can now say that automated testing is go!

Automated testing lets us check all the basic (and some fairly advanced) functionalities of JomSocial very easily. As soon as the tester clicks a button, a browser window opens and the tests start running. Every basic feature of JomSocial from registration and posting a status to liking a photo is now covered in our testing suite, and more advanced features are being added all the time. Running the test suite takes around 1.5 hours at the moment but it will take longer as we add more tests.

What Automation Means To You

Because we no longer have to spend days and weeks testing, we can now run more tests more frequently — not just on major releases but also on minor releases. This means you can upgrade to a new version confident that nothing will break. It also means more frequent releases. If we find bugs, we can fix them quickly, run the tests and release.

Not only can you be sure that upgrading JomSocial won't create a new set of issues for you  (as it might have done in the past), you can also be sure that bugs that you've seen before will have been squashed. We now create a test for every bug reported and that test becomes a part of the automation. Instead of new code creating more instability, each release will now increase stability! 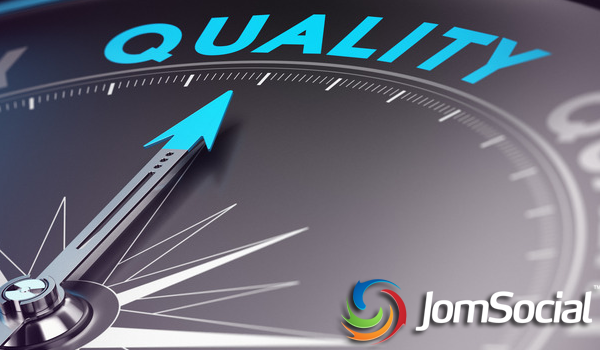 Welcome to the new era of JomSocial where bugs are a thing of the past!